Scared of $15 minimum wage? You aren't the only one. How to combat rising expenses (and keep your restaurant profitable!). 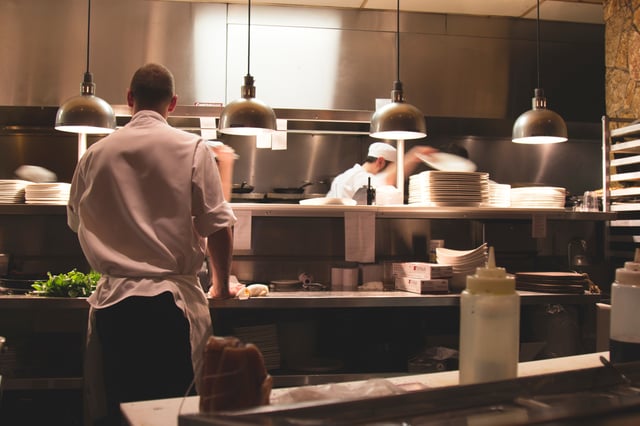 Well Ontario, $14 minimum wage is here and $15 minimum wage is just around the corner. In the restaurant industry this is understandably causing some major anxiety. This industry is labour heavy and with one of the biggest costs increasing dramatically, profitability is something that seems less and less certain.

When the idea of raising wages so drastically began to make headlines in places like Seattle and Toronto a few years ago, economists and restaurant owners said it couldn’t be done, and that if it did, it would likely cost jobs - a lot of jobs. They said it was simply too much, too soon.

Here’s a review of where three markets are at on the path to a $15 minimum wage, how restaurant owners are coping (or plan to cope), and what this all means for staff and for the future. 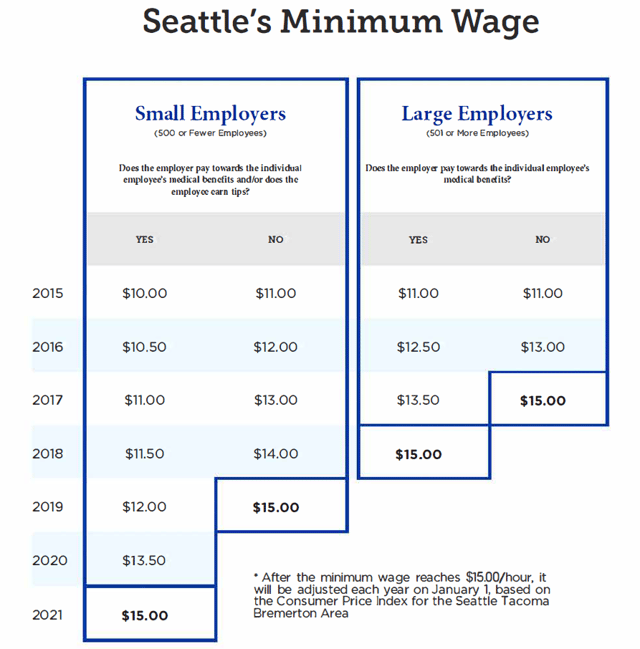 In Seattle, the increases began in 2015 with a jump from $9.47 to $11 for large businesses with more than 500 employees. Now, many of those businesses are already at the target $15 threshold while smaller businesses will reach that mark more gradually by 2021. As they’re one of the first US cities to reach the $15 minimum wage economists are studying the impact in Seattle, and restaurant owners in other areas are hoping to learn from their peers in the Pacific Northwest.

However, there are other solutions. Seattle organic café chain owner Chris Maykut recently told The Globe and Mail that instead of raising prices for his clientele and risking customer alienation, his operation looked for opportunities to improve productivity and scheduling (a winning idea if we ever heard one!).

“For the first time ever I would sit with my schedulers and my general manager and my chef and go, alright, this is how many hours you have to work with this month, you can't go above that, this is it," Maykut told the Globe.

In Alberta, where the government has pledged to hike minimum wage up to $15 an hour by October 2018, restaurant owners have just faced an increase of $1.40 an hour—the fourth minimum wage jump in as many years. For restaurants and bars in the province, the latest hike has meant patrons will be paying higher prices for food and liquor.

Gary Tomchuk, a managing partner of the Sherlock Holmes Hospitality Group told the CBC it’s been an “onerous burden” to face the staged increases when outside influences are driving and pulling at a very small margin. “We can’t charge $25 for a cheeseburger. Well, we could, but we’d have an empty pub,” said Tomchuk, whose group has raised food and liquor prices nearly six percent in recent years to offset rising labour spending. 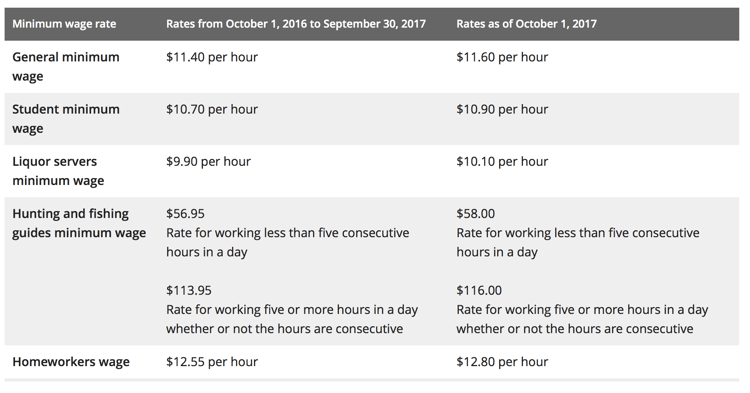 Here, as elsewhere, restaurant owners simply can’t afford to overspend on labour and economists know it. A new report from TD Bank suggests that because of how quickly and dramatically businesses are forced to take on the increases, the province will see 90,000 jobs not created by 2020.

But the hikes could create opportunities for operators in Ontario too. In a Globe and Mail article about how minimum wage hikes can force positive change, one advisor used Seattle’s successes as an example for Ontario to model. “The smart business people can take this forced minimum wage and actually leverage it to their advantage,” said Steve Burke, of South Seattle’s Small Business Development Center. “Rethinking the type of employees they hire, the human-resource management systems they employ…they can get greater productivity and efficiency in their business.”

What can you do about rising wages (besides raising prices)?

So as we’ve heard, implementing service fees and charging the customer more to cope with the increased wage is one route that restaurants are taking, but throwing the cost back on the customer may not be the best solution (after all, as our friend in Alberta satd, there ain’t many people in the market for a $25 burger!).

So what else can you do? As with any budget, you start with your highest expenses and see where you can make changes. Labour is usually the first or second expense in the restaurant. Therefore, if you can squeeze even a small amount out of your weekly labour it adds up IN A BIG WAY!

What if rather than projecting sales by the week or the day, you could forecast by the hour, or even in 15 minute intervals? You could really pinpoint areas of labour overspend. Do you start two or more servers at 4:00 pm? That's called batch scheduling, and it's a killer. Ask yourself, do you REALLY need to start each of those servers at 4:00 pm each day? What would happen if you started those two servers at 4:15 pm instead? That 30 minutes saved per day translates to 3.5 hours per week and $2,750 a year in savings!

Ameego can do this for you and more!

At restaurants the same approach can be taken, and paired with scheduling systems linked to point-of-sale solutions managers can save 0.5-2% of their total sales that is currently being spent on labour. For example, in a restaurant that does $2 million in sales annually, Ameego can reduce your labour spend from 33% of total sales to 31%. That difference of 2% translates into $40,000 in savings!

There’s a reason that we work with some of the biggest and most well-known restaurant brands in Canada, Ameego works. And it’s not just us saying nice things about ourselves either! Our clients love us too:

“The reports in Ameego help educate you on where money is being spent so that you can create more cost-effective schedules. In short, it helps your restaurant be more profitable” Cory Goddard, Director, Operational Systems, Boston Pizza

At Ameego, 95% of our team has worked in the restaurant industry. It’s how most of us met initially, and why we really understand the strain that a wage increase can put on your restaurant. We want to help you get through this and remain strong and successful in an increasingly difficult marketplace.

As the great Jerry Maguire once said. We wanna “show you the money!”

How can your operation use restaurant scheduling software to align sales with labour spending and save thousands? Ameego! Book your free, no obligation demo today!.